Who’s Speaking Up For You? 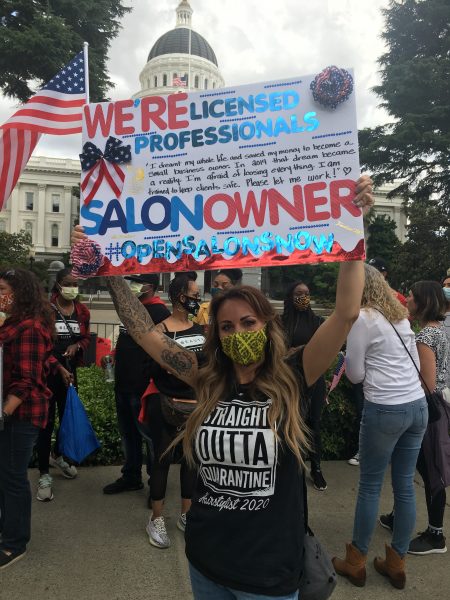 In the early days of the COVID threat, our licensed professionals embraced federal and state calls for lockdowns to “flatten the contagion curve” so as to “not overwhelm our hospitals” and to keep our clients and co-workers safe.

But as the days, weeks and months progressed, and as not a single hospital (outside of downtown NYC) was ever overwhelmed by COVID patients, some within our industry began to question the duration of the shutdown.

Their frustration only grew as we all sat back and watched so-called “essential” businesses continuing on without any disruption of their businesses, including many — like home improvement retailers — actually experiencing a dramatic spike in patronage.

Then President Trump turned a corner in late April and began calling upon States to begin responsibly reopening their economies.  Almost every Governor eventually came out with their own, individual reopening phases.

Our state’s chief executive announced on April 28 a four-phased reopening plan, in coordination with our Pacific Northwest neighboring states.  Our industry was placed in the third phase, which Governor Newsom vowed would be several more “months not weeks” away.  This was after a month and-a-half of compelled closures and at the height of “sandal season”, proms, and weddings.

The PBFC leaders understood that a prolonged shutdown would not be feasible.

We understood that our state’s nearly 600,000 licensees and over 53,000 licensed establishments would be tempted by desperate clientele in need of colors, cuts, mani/pedi’s and skin care, and that many of our licensed professionals would feel compelled to go underground rather than face the real possibility of bankruptcy.

We also feared that such a groundswell of illegal activity could undermine the very foundation of state licensure and oversight, which could erode the overall professionalism of our industry.  In addition, the legality of these prolonged lockdowns and their shelter-in-place orders were highly dubious, even during a fearful pandemic.

We therefore approached our Governor and state regulators, pleading with them to reconsider their additional “months not weeks” pledge.  We were met with threats to our salons that they better keep shut… or else!

Having exhausted all political and diplomatic channels, and observing the continued, flat contagion curve and decreasing death rates, we openly wondered who would stand against this prolonged injustice and the potential cratering-out of our industry’s licensing professionalism.

Nobody rose to our industry’s defense.  Not international or national trade associations; not multinational corporate brands and franchises; nobody.

In fact some industry influencers continued to embrace the seemingly never-ending lockdown, fearful that if we confronted our state leaders, we’d be perceived as prioritizing profits over client safety.

So we decided our state organization had no choice but to stand tall, beginning with filing a lawsuit against our State in federal court on May 12.  We also kicked off a concerted #OpenSalonsNow campaign, utilizing our legal challenge as the media hook.

The results speak for themselves.  But for those who weren’t following our successful legal and PR campaign, here is a summary of our Governor’s retreat in reopening hair salons, published two weeks following our injunctive filing:

Governor Newsom has since authorized the resumption of nail and skin services (June 19), subject to individual County-by-County outbreak containment attestations.  I’m happy to report the vast majority of Counties have given their salons/barbershops a green light since the State’s authorization.

Given the increasing number of COVID tests being administered — in April California was testing less than 2,000 people every day, and now we’re testing nearly 60,000/daily — of course the number of confirmed cases are on the rise.  But our public officials need to keep their eye on the real ball of this pandemic game: death and hospitalization rates.

Unfortunately, the media have lost site of the truly important narrative, fixating on the spiking number of confirmed cases, and as a result, many Governors are considering reimposing business lockdowns.  Could you imagine the economic ruination of our industry if we were dragged back into another prolonged shutdown?!

If this whole COVID matter hasn’t illustrated the power that state governments wield over your livelihood, we don’t know what else could.  And the prolonged and now threatened resumptions of lockdowns should convincingly persuade everyone that we need to be in a stronger position to defend our “essential” salon businesses and livelihoods.

In short, it’s time every state establish their own, standing army of licensed professionals to control their own legal and regulatory fate.  And here in the Golden State, we call upon our nearly 600,000 licensed population to enlist in our burgeoning PBFC army.

As a former State Senator — and now Orange County Congressman — once quipped to us: “Sacramento will either do things TO you or FOR your industry.”  Well, we’ve had enough of the former and therefore want to better position your industry voice to consistently earn the latter treatment.

— An edited version of this column ran in the California Stylist magazine:

Given there are some in our industry who haven’t been following the work of the PBFC (in pressuring Governor Newsom to #OpenSalonsNow via a federal court lawsuit and concerted media campaign), we thought it would be helpful to provide a brief timeline of our work on behalf of all 620,000 … 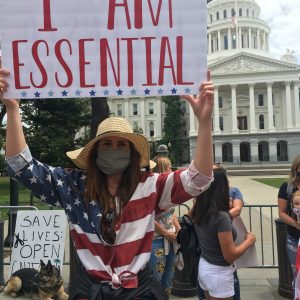 PBFC Stood Up for Salon/Barbershop Professionals

When Governor Newsom announced on April 28 — nearly two months into the lockdown — that salons and beauty colleges would remain shut additional “months not weeks”, the PBFC jumped into action. We immediately sent his Cabinet Secretary a letter, which precipitated an April 29 hour and-a-half phone conference (which …

Rally at Capitol and Video Testimonials

RALLY AT STATE CAPITOL! Some behind-the-chair professionals in So Cal are organizing a rally in Sacramento this coming Monday, May 18, at Noon, to peaceably and respectfully protest the prolonged lockdown Please consider wearing a mask and red attire (to distinguish us from everyone else). We’ll be meeting across the … 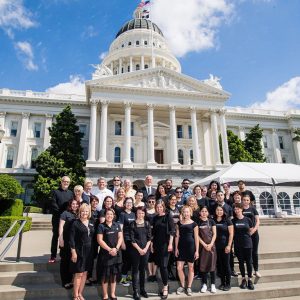 The PBFC has filed its Complaint for Injunctive and Declaratory Relief this morning in federal district court in Los Angeles. Click here to read the lawsuit as filed More than two months have passed since Governor Newsom proclaimed a state of emergency in California, and throughout that time, he and … 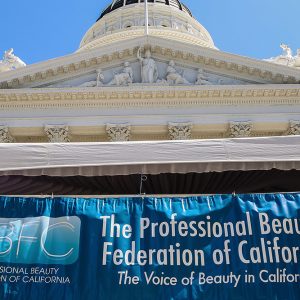 The PBFC has decided to sue Governor Newsom to force him to reopen our salons much sooner than his vowed “months not weeks” timeline. We understand that not all salons and stylists will want to reopen under the current threat of this pandemic.  Nothing in our legal challenge will force …

Attached below is the content of a letter the PBFC just sent to Governor Newsom’s Cabinet Secretary over our State Board of Barbering & Cosmetology (and the Dept of Consumer Affairs):   Business, Consumer Services and Housing Agency ATTN:  Secretary Lourdes M. Castro Ramírez 915 Capitol Mall, Suite 350-A Sacramento, … 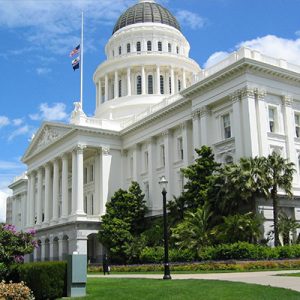 By Fred Jones, PBFC Legal Counsel The historic, $2.2T federal CARES Act authorizes states to offer unemployment insurance compensation to independent contractors who due to coronavirus shutdowns have been forced out of work. California’s Employment Development Department is working on implementing those benefits and will update this site with information … 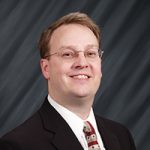 By Fred Jones, PBFC Legal Counsel In addition to the historic stimulus legislation with direct grants and no-interest loans just signed by President Trump, the SBA has a number of coronavirus-related loans available to small businesses grappling with shutdown orders (as is the case with every California salon and many …

By Fred Jones, PBFC Legal Counsel As of today (March 16), government and private-sector responses to the growing coronavirus threat continue to ramp up. Governor Newsom issued a rare, Sunday Executive Order which seeks to minimize the spread of this virus in the Golden State by shutting down or limiting …

Get Notified of New 'Hot Topics' We'll send you a short email notiice of new information.

We'll send you a short email notification when new information is made available here.