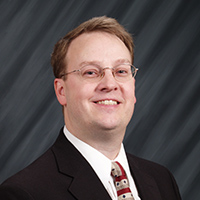 In my June column, I strode atop the mountain to declare the end of Booth Rental … at least in California, and likely coming to all other states soon.

Well, to paraphrase Mark Twain, rumors of the demise of booth rental are greatly exaggerated.  Allow me to explain and place further context to what I conveyed in June.

It is true that the California Supreme Court embraced what a few East Coast states have already been utilizing to crack down on misclassified workers as independent contractors, the so-called “ABC test.”

This legal standard, in the words of California’s high court, “presumptively considers all workers to be employees”, while permitting an independent contractor relationship only when a contractor is “(A) free from the control and direction of the hirer in connection with the performance of the work; (B) performs work that is outside the usual course of the hiring entity’s business; and (C) is customarily engaged in an independently established trade, occupation, or business.”

The “(B)” test is the most sweeping, assuredly applying to most booth rental establishments as currently constituted and operating.  Even salon suites, with physical barriers separating renters who handle all of their own books, financial transactions, advertisements, business licenses and taxes could be caught in this net if the landlord’s primary business is dedicated to cosmetology services, notwithstanding all of the physical and administrative separations.

However, and this is the big “but” … courts have precious few means of actually enforcing their edicts.  The apocryphal quote of President Andrew Jackson comes to mind, when he was faced with an unfavorable U.S. Supreme Court decision, he is purported to have responded to the Chief Justice: “John Marshall has made his decision; now let him enforce it.”

Whether or not Old Hickory did, indeed, make that very confrontational quip, it illustrates a quirk of our nation’s governing structure, with its separation of powers and checks-and-balances (you know, that stuff you learned in high school civics).

I could just imagine “the hero of New Orleans” challenging Chief Justice John Marshall to have his court army confront his executive branch bureaucracy on the battlefield, forcing the Justices to concede their total lack of enforcement capability.

In the matter of the April 2018 case called “Dynamex”, we have a situation wherein the executive branch may not be taking such a confrontational stance against our state’s juridical branch, but California’s state government is most assuredly dragging its collective feet in embracing and implementing the new, ABC standard laid down by our state’s highest court.

Moreover, various departments within our executive agencies will continue to apply their varied criteria to determine the proper classification of workers in any particular business setting, even when one departmental standard may conflict with other departments (such as is the contemporary case between our Employment Development Department and Department of Industrial Relations).

Right now, four months following the Dynamex ruling, it appears no single executive agency is altering their long-held and departmental-specific standards to embrace the much more clear, concise and uniform ABC test.

This leaves our salons dangling in the wind, much as they were prior to this bombshell of a Supreme Court ruling.  However, those operating booth rental salons in California have an added sword of Damocles hanging over their heads now that could very likely find their business is, in fact, employee-based if/when our state bureaucracies begin implementing the Dynamex decision … possibly retroactively up to four years, to boot!

It’s hard to predict when our state bureaucrats will finally catch-up to our Supreme Court, which conveyed an unequivocal message that a new and simple standard should now be applied throughout the Golden State.  It’s a standard that clearly bends toward employee-status and, when enforced, will decimate most booth rental models.

There are business interests aligning against the Dynamex decision within the halls of our State Legislature, lobbying policymakers to negate this ABC test.  They point-out that if this standard is applied, the “gig economy” that has its capital here in California’s Silicon Valley and which includes such notable App services as Uber/Lyft would be devastated.  The same could be said of budding, freelance App services in our industry, such as GlamSquad and BeGlammed.  All of these online business models rely upon the assumption that their service platform is not the employer of their contracted service providers, but merely an electronic medium that connects consumers to stylists, drivers, etc.

So, while my June column declaring the imminent death of Booth Rental may have been premature, I did acknowledge what I tell my associational members all of the time: government moves at glacial speed.  It is not a question of “IF” the RMS Booth Rental will be running up against this growing government glacier but “WHEN”.  For California, that glacier is mostly under the water-line for the time-being, but it will most assuredly rise in the coming months and years, jeopardizing the legal status of most booth rental-based establishments once the bureaucracies finally start adopting the ABC test.

The California Supreme Court left no doubt their intention to take a meat-axe to businesses attempting to skirt employee/wage laws by claiming an independent, contractual relationship with individuals providing services that are directly related to that establishment’s type of business.  And I don’t think this new approach to agency/labor law will remain confined to coastal states.

If you are operating an establishment with booth renters, there has never been a more important time to consult an experience labor law attorney or expert.