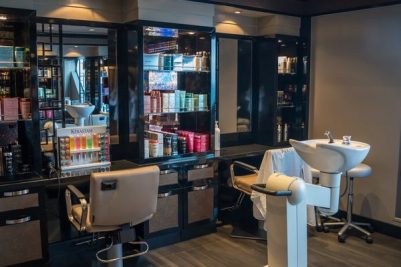 For those of you applying your trade and making a living in the world of beauty outside of the Golden State, this development may not immediately affect you, but believe me, the era of Booth Rental is drawing to an end…

California’s highest court recently drew a distinct line in the sand, separating independent contractors from employees. For nearly all California-based booth rental salons, it means the party’s over. No more escaping the high costs associated with employing one’s stylists by simply renting them space in one’s establishment, that is unless one’s business has little to nothing to do with barbering/beauty services. Allow me to explain.

California’s Supreme Court in an April 30 decision called Dynamex acknowledged “the potentially substantial economic incentives a business may have in mischaracterizing some workers as independent contractors,” including “the unfair competitive advantage the business may obtain over competitors that properly classify similar workers as employees.”

Moreover, the state high court recognized that “the misclassification of workers as independent contractors … depriv[es] federal and state governments billions of dollars in tax revenues and millions of workers the labor law protections to which they are entitled.” As in most court decisions, this recent bombshell of a ruling only strictly applies to the particular business model at issue in this case (a nationwide package and delivery company), but the sweeping dicta of their decision clearly was intended to be more broadly applied to most independent contractor/employee distinctions across industry sectors.

The California high court concluded that common and statutory law should be “interpreted broadly to treat as ‘employees’ … all workers who would ordinarily be viewed as working in the hiring business.”

The court adopted a standard that is growing in favor throughout the United States commonly referred to as the “ABC” test. This standard “presumptively considers all workers to be employees”, while permitting an independent contractor relationship only when a contractor is “(A) free from the control and direction of the hirer in connection with the performance of the work; (B) performs work that is outside the usual course of the hiring entity’s business; and (C) is customarily engaged in an independently established trade, occupation, or business…”

The court offered some clarification of this three-part test by pointing to a plumber “who would not reasonably have been viewed as working in the hiring business. Such an individual would have been realistically understood, instead, as working only in his or her own independent business.” So “when a retail store hires an outside plumber to repair a leak in a bathroom on it premises … the services of the plumber … are not part of the store’s usual course of business.”

And if there was any doubt about the resolve, the unanimous Dynamex court stated it is appropriate to interpret this newly established standard as “(1) placing the burden on the hiring entity to establish that the worker is an independent contractor …; and (2) requiring the hiring entity … to establish each of the three factors embodied in the ABC test.”

Since government moves at glacial speed, it will take some time for my state’s regulatory agencies to catch-up to this dramatic shift in agency law interpretation, including new audit guidelines and fine schedules. However, the California Supreme Court left no doubt their intention to take a meat-ax to businesses attempting to skirt employee/wage laws by claiming an independent, contractual relationship with individuals providing services that are directly related to that establishment’s type of business.

It is still possible for some booth rental salons to survive legal scrutiny under this ABC test, like those with clear physical and operational separation from the establishment owner — who may also be leasing space to non-beauty related tenants, but the vast majority of booth rental salons as currently constituted in California are now in legal jeopardy.

And very likely this legal crack-down will be coming to your state sooner rather than later, too, as more courts opt for the clarity of this ABC standard and as policymakers seek to maximize workers’ rights.