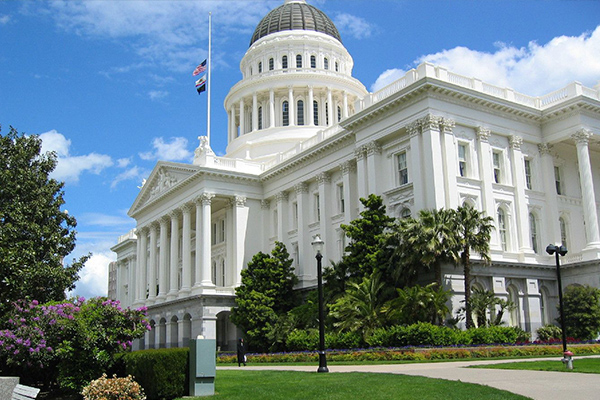 If the past is prologue, 2019 will likely be a very busy year in the policy and regulatory reform arena, with serious implications for everyone earning a living in our industry.  Here’s a recap of last year’s dramatic developments.

I have spent countless hours on the phone this past year speaking with California salon owners in a panic about recent changes in our state’s labor laws, specifically how it relates to commission wages.  These new laws will now be enforced by California regulators and possibly pursued by the plaintiff’s bar, so salon employers ignore them at their peril.

California has essentially rendered commission wages an illegal form of employee compensation.  Commissions can only be paid to an employee who is selling someone else’s product or service, not their own (think of a car salesman as an authorized example).  So while it may be appropriate to earn commissions off retail product sales, it is not so for commissions tied to beauty services.

California labor law provides only two exceptions to that ban on providing stylist-employees a percentage of the revenues they help generate via their beauty services, namely: (a) piece-rate bonuses or (b) SB 490’s commission exception.

A few years ago, California’s policymakers passed AB 1513, which went into effect January 2016 but is only now being implemented by regulators (and enforced by lawyers representing some disgruntled salon employees).

That law and its subsequent interpretation and implementation by the California Department of Industry Relations require employers who want to reward their employees with payment for completing a particular service to follow a detailed pay calculation.

Employers cannot incentivize their employees to skip their statutory right for rest/recovery periods, nor can they penalize them for their non-productive time when they are under the employer’s control.  It is now illegal to pay employee-stylists more when they’re performing their services and less (or not at all) when they are between clients or taking their legal breaks.

Piece-rate compensation is an exception to the ban on commissions, but it requires significant payroll monitoring and paperwork.  The employer has to track in each pay period all the rest/recovery and non-productive time of the stylist-employees to ensure that they earn commensurate pay as received during their productive time.

In an attempt to provide our industry with an alternative, less cumbersome means around California’s rather broad prohibition against commissions and the piece-rate paperwork nightmare, the State Legislature passed SB 490 (Bradford).

This new law that went into effect last year allows a salon owner to pay an employee-stylist on a commission basis, but only in addition to a base hourly rate of twice the minimum wage. By 2022, that base wage rate would be $30/hr (since our state’s minimum wage will be $15/hr, then).  Clearly, the SB 490 option is out of reach of the vast majority of salons.

So even though it has been the long-held practice of our industry to pay stylists on a commission basis (some on flat commissions, others blended with minimum wage plus commissions), those pay structures are now legally dubious in California.  And the only two exceptions in statutory law — “piece rate” or SB 490’s “twice-minimum” — are either too cumbersome or cost-prohibitive for most salons.

But there is a glimmer of hope on this front, and this comes from the third branch of government, the judiciary.  A recent Appellate Court decision out of San Diego recognized a possible workaround of the piece-rate law without a salon owner breaking their bank with the exorbitant, twice-minimum wage base rate of pay.

In the case of Certified Tires and Service, the Fourth Appellate District Court of California upheld a wage calculation in which the employer provided each employee a guaranteed base hourly wage (above minimum wage) and then added more to that base hourly wage based on the past productivity of each employee during that pay period.

The case is only at the Appellate level, so if the California Supreme Court decides to take the case on further appeal, the ruling would have no authority.  But it is a published case, and if the Supreme Court doesn’t take the plaintiff’s appeal, “Certified Tire” will be precedent and applicable statewide.

However, as is the case with almost every judicial decision, the legal principle only applies to the specific facts and approach employed in this particular case.  So an employer/employee salon should seek competent legal counsel before implementing such an incentive, hourly wage schema as a possible alternative to the more cumbersome piece-rate wage calculations or the much more costly SB 490 option.

I dedicated three columns last year to the bombshell California Supreme Court decision called “Dynamex,” so I would encourage Stylist readers to dig those up from the online archive.

Suffice it to say, here, that at least here in California and in a few East Coast states that have recently adopted the “ABC Test” to distinguish independent contractors from employees, the days of booth rental as customarily practiced in our industry are numbered.

And while I predicted the plaintiff’s bar would lead the charge against booth rental utilizing the newly established ABC standard, I have been surprised to hear of roving bands of bureaucrats in various regions of California making surprise visits at places of business (outside of our industry) to determine compliance with the principles underlying the Dynamex decision.

A number of state agencies, including EDD, DIR and Cal-OSHA have actually created an “Underground Economy Section” from which investigators with each of these agencies team-up on such field inspections, beginning each interview with “Is there anyone working here who is paid as an independent contractor by your company?”

And if these full frontal assaults on how stylists are paid weren’t enough, the California Senate overwhelmingly passed a bill last year, SB 999 (Morrell), that was intended to begin chipping away at our licenses.  Fortunately, my organization, with the help of many in our industry both in California and beyond, were able to stop this troublesome bill cold in the lower House of our Legislature.  This ominous legislation would’ve begun inexorable chipping away at licensure of our entire industry, beginning with an exemption for all shampooing and hair services not involving scissors/chemicals.

While on its face it was innocuous enough, the intent behind the sponsors of this bill and the author, himself, was to put a dagger through the heart of vocational licensing altogether.  This delicensure movement has placed our industry at the top of their list, seeing it as the lowest hanging fruit for their much more expansive, libertarian designs, and it is definitely spreading throughout the 50 states.

I have no doubt this effort will continue in the New Year, so we must remain vigilant.

Finally, a word about the next potential means of avoiding the cost and liabilities associated with employed stylists and technicians, given the ongoing threat to our traditional booth rental segment in the post-Dynamex world.

California policymakers have required our State Board to adopt a “Personal Service Permit” for licensees who want to freelance their services outside of licensed salon establishments.  The Board is in the final process of adopting regulatory language governing said PSP’s, which they labored over for the better part of 2018 to come up with the most responsible means to regulate such freelance work.

Will freelance workers, permitted by law, pose a systemic threat to all brick-and-mortar establishments?  Or will this new permit merely authorize the long-held norm of limited beauty services being offered at only special events outside regulated salons?  How this plays out in the largest State in the Union is something every salon owner — from independent to chain, from sole proprietor to multinational corporation — will be watching very closely, as well the gig economy, already with a firm a foothold in this industry.

Clearly, policymakers and regulators have been very busy this past year.  I see no reason why that pace of policy reform will decrease in 2019 and beyond.  The dramatic changes in just the past year to California’s legal and regulatory landscape should be proof sufficient of why all industry stakeholders should remain vigilant and involved in the policy and regulatory deliberations of their state lawmakers and regulators.

Here in California, the most high-profile and effective way to do that is for you to help sponsor the PBFC’s annual “Welcome to Our World” event, which helps fund our advocacy work each year.  You can find more information about this highly anticipated, popular lobbying event by going to our WOW page.  Our 19th annual WOW is scheduled for May 6, 2019.

Here’s where we keep you abreast of the latest news, information, and happenings impacting California’s beauty and barbering industry. From recent changes in the law to emerging policy reform initiatives, you’ll be on the cutting edge of real-time, reliable and actionable insights that only the PBFC can deliver.

Fred Jones serves as Legal Counsel to the Professional Beauty Federation of California, a trade association singularly dedicated to raising the professionalism of the beauty industry.  To learn more about the PBFC and receive further details about the subjects contained in his column, go to www.beautyfederation.org.