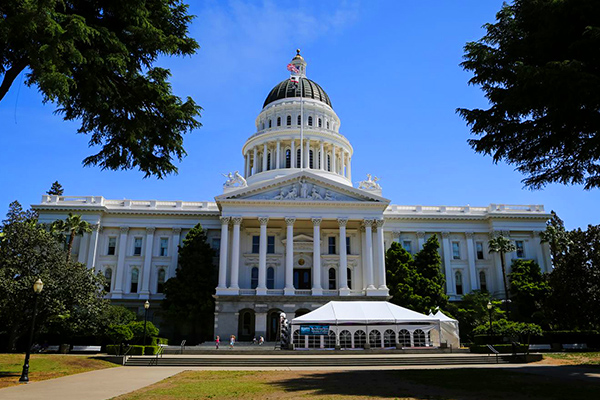 Here in the Golden State, we subscribe to the “golden rule”, but not the one you’re familiar with about Do Onto Others. No, we believe He Who Has The Gold Rules!  And in Sacramento, that means the well-financed trial lawyers and labor unions are mostly in charge.

This political reality was the basis for what eventually led to the legal demise of commission wages in California salons in January 2016, leaving a cumbersome “piece rate” alternative that has flummoxed our industry ever since.

Why, you may ask, did California policymakers decide that commission wages was a bad way of compensating employees?  Don’t they understand that under such a pay structure, a productive stylist profits from her labors in direct proportion to her work-product, while the salon employer benefits similarly while having very little paperwork to track … a sharing of the profits and truly a win-win, right?

If only policymaking followed common sense.  Of course, then I’d be out of a job — as would a huge number of fellow barristers and lobbyists, but the world would be so much freer and fairer.  Alas, political pressures come from every angle, with common sense only being one of the many pulls in the bloodsport of our body politic.

And when political alliances weigh against traditional norms and common practices, out goes the old and in comes the new.

Sacramento pols regularly embrace arguments calling for more regulatory strictures to protect those who lack the leverage or power to defend their own interests.  And in this particular case, the powerless group needing the thumb of Big Brother on their side of the scales was employees.

California’s policymakers believe that because employees lack the bargaining power of employers, laws are need to protect workers’ rights.  Those laws have included minimum wage, workplace safety standards, workers’ compensation coverage, family and sick leave, sexual harassment training, and a host of other mandates upon employers for the benefit of employees.

The irony lost upon my state’s lawmakers is that since the advent of wide-scale booth rental, bargaining power has shifted dramatically away from salon owners to stylists.  After developing a book of clients who value the services of an individual stylist more than the ambience of the establishment, that stylist can simply pack up and move down the street to a rented space, taking all/most of those clients.

This constant threat compels salon employers to keep the establishment’s stylists happy through favorable work environments, regular educational opportunities, marketing efforts to drive more clients through the door, and generous pay structures that may include profit-sharing incentives like commission wages.

But here in California, our policymakers — or at least the majority of them — believe that a commissions approach to paying one’s employees is fraught with potential exploitation, especially during those times when an employee isn’t actively engaged in the service that’s earning those commissions.  In short, they don’t like compensating employees only for their productive time, but nothing for the time they are still required to be on the job.

To balance the scales with regard to compensation structures, California lawmakers crafted a cumbersome “piece rate” alternative to commissions and a high-bar exception to this paperwork nightmare.  The former new law (AB 1513) levels the pay during both the productive and non-productive time that a stylist is on the job.  The latter exception (SB 490) allows for the more traditional commissions approach, but only after the salon employer pays the stylist-employee a base hourly rate of twice the minimum wage.

In a Spring 2018 column, I covered at length these new wage approaches, so I won’t rehash those details, here.  Suffice it to say that if you are looking to conform to either the piece-rate law created by AB 1513 or the commission exception provided our industry via SB 490, I encourage you to seek legal counsel and a good payroll service/software to help with the specifics of your salon’s wage approach.  These laws will now be enforced by California regulators and possibly pursued by the plaintiff’s bar, so salon employers ignore them at their own, financial risk.

So even though it has been the long-held practice of our industry to pay stylists on a commission basis (some on flat commissions, others blended with minimum wage plus commissions), those pay structures are no longer legal in California.  And the only two exceptions — “piece rate” or SB 490’s “twice-minimum” wage base — are either too cumbersome or cost-prohibitive for most salons.

The PBFC will continue to make our case to lawmakers, given these new laws actually hurt the very population they were intended to protect.  That’s because many salons will discontinue providing their stylists incentive pay opportunities and move to a flat, hourly wage.  Profit-sharing will be out, and with it the win-win approach that pleases both sides of the employer/employee divide.

In the meantime, many establishment owners may simply succumb to the temptation to move toward a booth rental structure, relieving themselves of California’s costly labor laws, while sending their booth rental stylists adrift.  However, as I’ve detailed in a few recent columns, the booth rental option has been made much more difficult in the post-Dynamex landscape.

At least here in California, the noose made of red-tape continues to tighten, stifling traditional means of rewarding successful stylists, increasing the costs of employing them, and reducing the number of viable alternatives for both the salon owner and individual stylist.

Sadly, the Golden State continues to be a cautionary tale of the convergence of good intentions, narrow special interests, and a growing deafness toward common sense, resulting in the demise of incentive pay and a diminution of entrepreneurial drive.

[This column appeared in this month’s Stylist: The Beauty Professional)