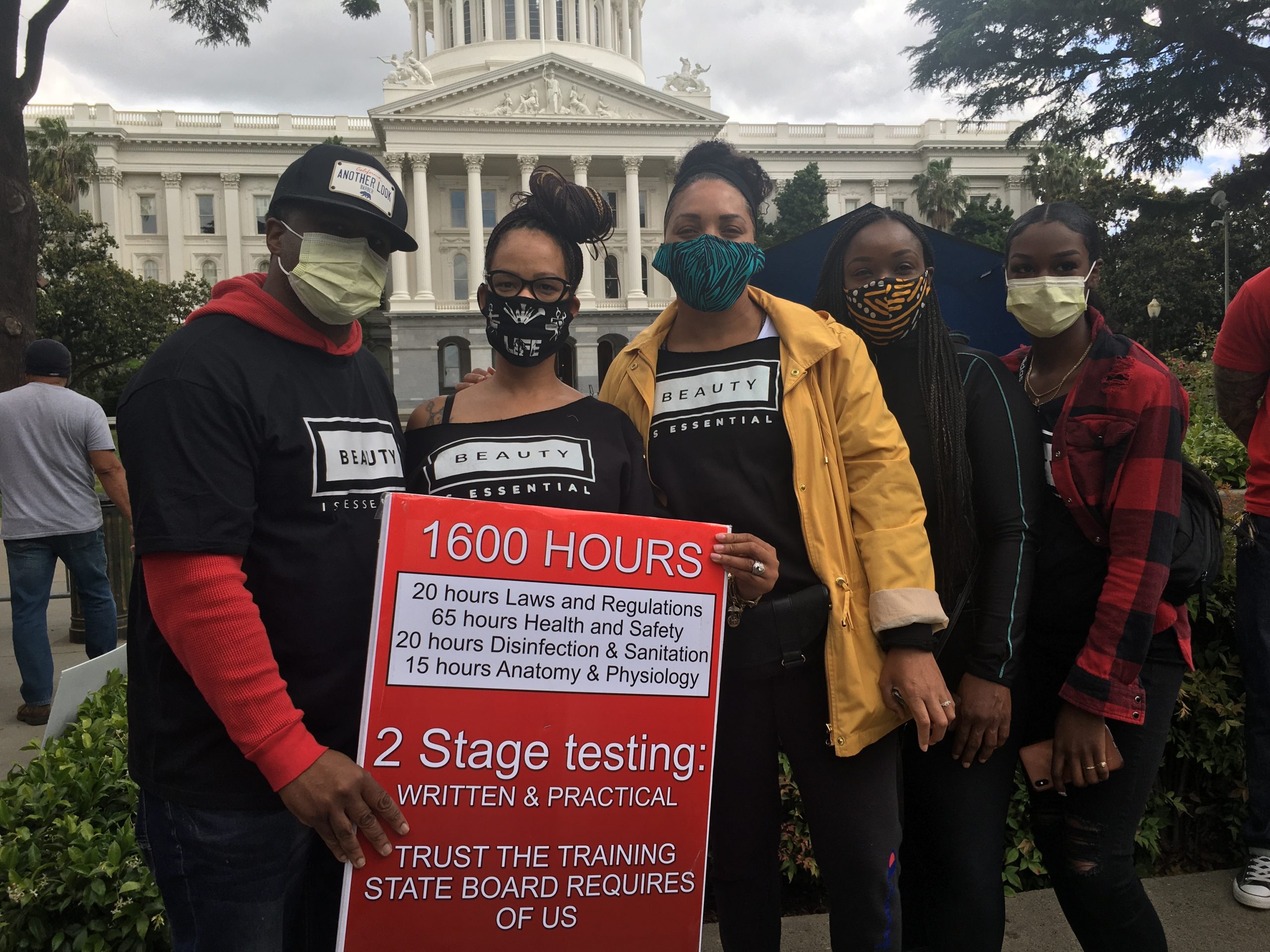 The Professional Beauty Federation of California is a 501 (c)(6) nonprofit trade association that seeks to give voice to California’s 621,000 hair/skin/nails licensed professionals, as well the over 53,000 licensed barbering/beauty establishments.  We have been very active in trying to get our so-called “non-essential” businesses back in operation since May, after nearly 3 months of being shut down.  Among our efforts have been a federal district court lawsuit filed against Governor Newsom on May 12 and a concerted #OpenSalonsNow PR and media campaign.

We applauded Governor Newsom’s decision to open up our hair/barbershops on May 26, followed two weeks later by authorizing nail/skin services to resume.  And we acknowledge his effort to throw this buffeted industry a life-line when he announced on July 13 a resumption of salon closures, but with it an expressed willingness to allow us to move our services outdoors.  Our hopes were dashed just 3 hours later, when his state regulatory agency sent a notice to all 53,000 establishment owners and 621,000 behind-the-chair professionals that the law would not allow such outside services.

The Governor’s announcement on July 20 sought to remove that legal hurdle, authorizing almost all beauty/barbering services in an outside/tent setting.  But that public pronouncement and his officially posted protocols were followed a few hours later by a Department of Consumer Affairs memo that further limited what services could be offered.  They expressly prohibited shampooing and hair coloring in such outside venues.  County health departments have subsequently added to the list of limitations, making the whole thing a total fiasco!

Our licensed professionals feel like they had been singled out yet again for unfair restraint.  Our salons have invested tens of thousands of dollars in upgrading their establishments with PPE for all stylists and all customers who enter; removed workstations to maintain proper social distancing; moved to touchless pay-points; altered how clients set appointments and enter our shops to avoid people congregating in our entryways; etc..  And we’ve made those investments following three months of no income during the initial lockdown.  To be told now to close those safe shops and bring our shears and buffers outside under a tent — which is explicitly limited to only one side, is a slap in our face.  Our licensed population of mostly female owned and operated businesses, many of whom are persons of color and first generation immigrants, feel that we have literally been “kicked to the curb” to make financial ends meet.

There are so many logistical constraints to this well-intentioned but largely empty gesture by Governor Newsom.  Those impediments include insurance coverage gaps for such outside services, strip-mall master landlord’s reticence, lack of appropriate/safe space for such “tent suites”, neighboring dining out restaurants being exposed to flying hair and nail polish scents, lack of privacy for our clientele, and Mother Nature’s wind, heat, pollen and other air contaminants.  For the vast VAST majority of our 53,000 licensed establishments, this is simply untenable.

All of our 621,000 licensed professionals have hundreds of hours of formal education and training in cross-contamination, disinfection procedures and sanitation protocols, unlike most so-called “essential businesses” that have never once been shuttered (think of the level of training of your average Home Depot worker or Wal-Mart associate).

We call upon Governor Newsom to acknowledge the science behind the safety of our salons, as the CDC just did last week, and partner with his State-licensed professionals who have shown their willingness to up their game to keep their clientele safe … in short: #OpenSalonsNow !

Beauty Federation Announces New Service to Help Salons and Beauty Owners with New Government Tax Credit Opportunity Up to $33,000 Per Employee If You Qualify! July 15, 2021 — Sacramento, CA — The Professional Beauty Federation of California is pleased to announce the launch of a turn-key, full services platform …