The Industry Advisory Committee informs the policy and regulatory work of the Professional Beauty Federation.

The IAC members are forward-thinking stakeholders who reflect the wide diversity of this vibrant industry. Collectively they bring hundreds of years of professional, management and educational insights from inside the barbering and beauty world.

A physician certified by the American Board of Anti-Aging and Regenerative Medicine, incorporating conventional medicine with the latest laser technologies in her practice.

Co-Owner of Starring by Ted Gibson

Jason Backe is the co-owner of Starring by Ted Gibson, the world’s first smart salon powered by Amazon and Alexa, in Los Angeles, California with his husband and business partner, celebrity stylist Ted Gibson. Jason has been a salon owner for the last twenty years with previous salons on 5th Avenue in Manhattan, New York, Chevy Chase, Maryland, part of the Washington D.C. metro area, and at the W Hotel in Fort Lauderdale, Florida. In addition to his vast salon experience, Jason and Ted have developed two successful, luxury haircare lines sold across North America from high-end department stores like Henri Bendel in New York City to Target stores across the continent.

President and founder of Maribou hair salons that are home to approximately 100 salon professionals, some booth rental, and others, employee stylists. Larry currently serves on the California Board of Barbering and Cosmetology Health and Safety Advisory Committee.

Steve is committed to the professional development of young multicultural individuals through his tenure as a professor at Compton College's Cosmetology & Barbering program as well as his role as the Founder & Executive Director of the Untouchable Apprentice Program.

Professor Glover has been in this industry for over 40 years, and has been teaching for 30 years.

Cosmetologist and Founder of thenakedleader.org

As a veteran licensed professional and industry top 200 salon owner, Kim's passion for the business of beauty inspires others to 'Live, Lead, and Earn'.

MUD trains make-up artists through its schools in the Americas, Europe, and Africa and supports the training of thousands of beauty students each year through their nearly 100 partner schools. For more than 25 years, Tate has been a strong advocate of skills-based education to further the professional pursuits of students.

A California salon industry veteran and business entrepreneur for over 28 years, Rosey considers her roles as industry warrior and advocate ‘a passionate priority’ in her professional life. Driven by both her love for people and her craft, Rosey is dedicated to elevating the professionalism and success of her beloved beauty industry throughout California and the country.

A tireless advocate for her students and community, Michelle has become the “go to” person for the barbering sector in the Los Angeles region. She has also established close working relationships with local elected officials, who appreciate Michelle’s work of lifting the professional horizons of her students and the barbershops in which they eventually work.

A licensed Cosmetologist for over 35 years, serving as a stylist, salon general manager, educator and regional director of operations for hundreds of franchisees.

Linh is a second-generation beauty school owner and has been licensed for over 25 years. With two locations and over 40,000 alumni over the 33 years, the school is proud to be one of the largest manicuring programs in the nation.

Joyce Marie Partise, licensed esthetician, has owned her salon in Beverly Hills for over 40 years. Her skincare achievements include speaking and television engagements, and her skincare advice has been profiled by numerous magazines and network affiliates.

From licensed manicurist to full-service salon owner to CND Education Ambassador, Jan has an unparalleled breadth of industry experience. 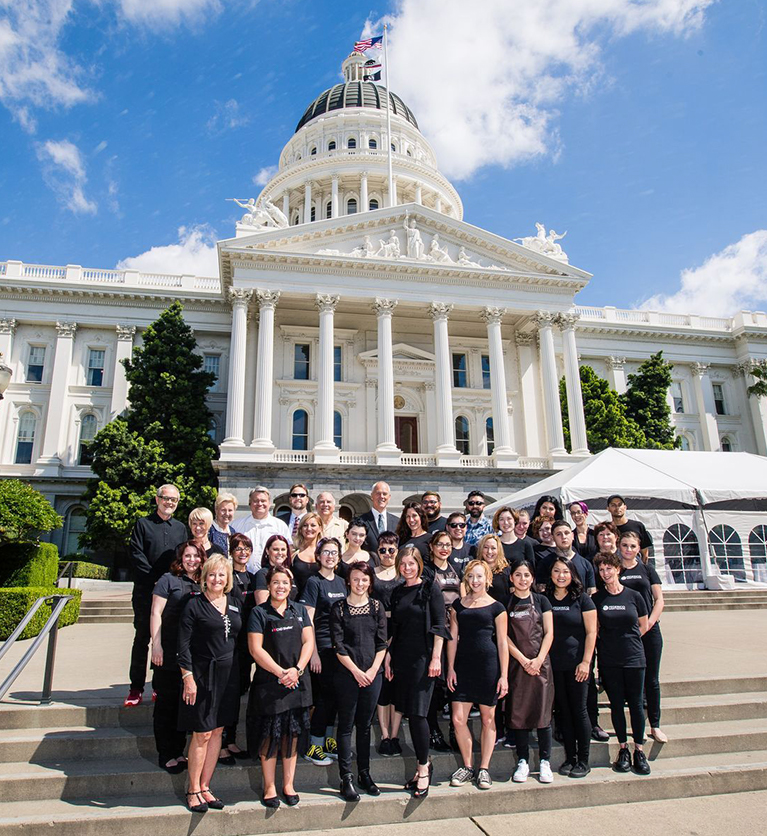 Continue to next page

Here is My Why. Personal Story from Cancer Survivor Leonie Waite, Hairstylist and Owner of Franzine Beauty, Talking About Living Benefits

My name is Leonie Waite. Here is my why. At the tender age of sixteen, I first realized I wanted to be an entrepreneur. I was always making money finding odd jobs because my mom was a single parent of six kids. I became successful and started making great income …