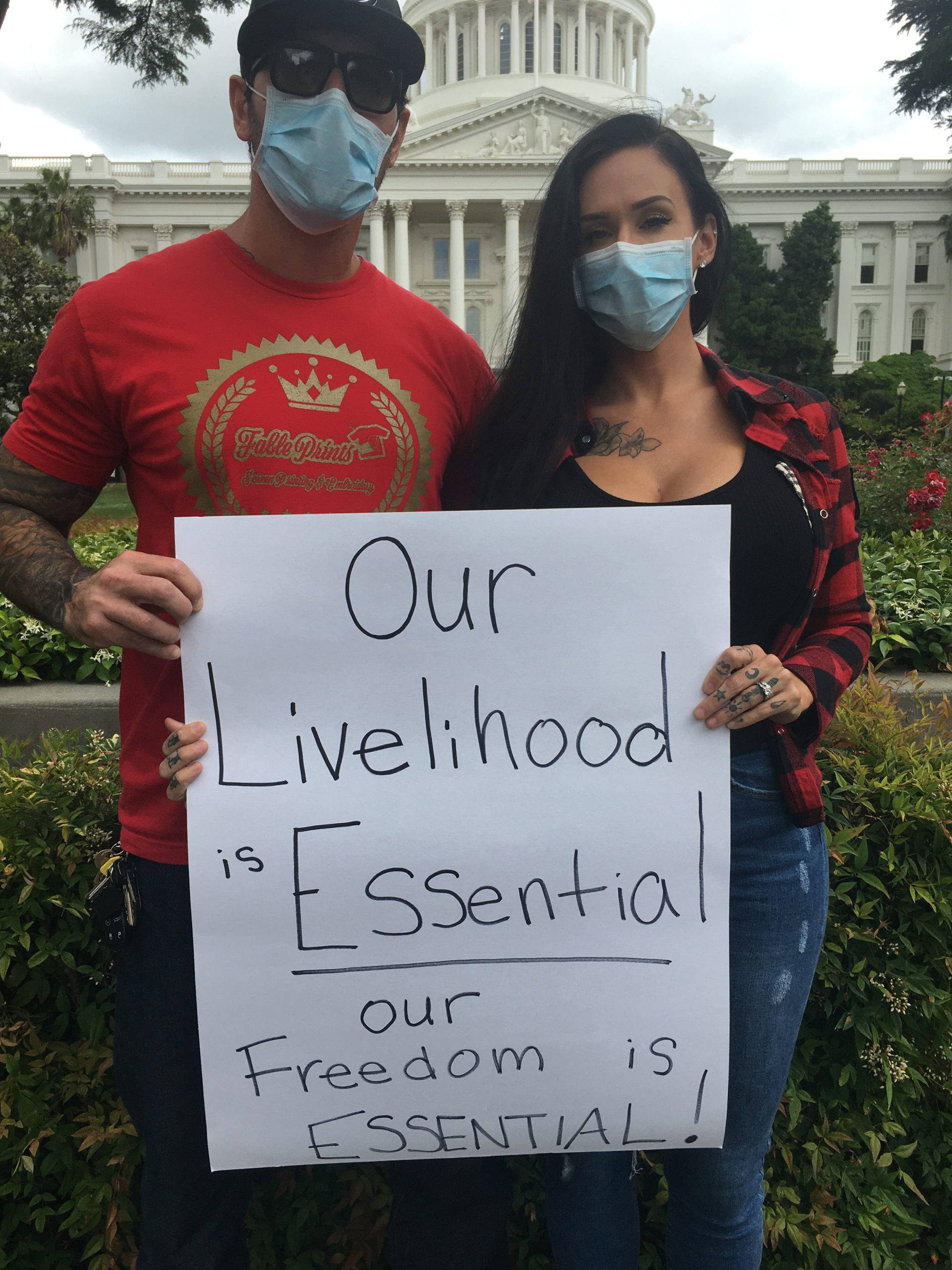 Since 1999, the Professional Beauty Federation of California has striven to give voice to California’s 620,000 hair/skin/nails licensed professionals and 53,000 licensed barbering/beauty establishments. In recent months, we have been very active in trying to keep our so-called “non-essential” but safe businesses in operation, including a concerted #OpenSalonsNow campaign and peaceful demonstrations up and down this diverse state.

Yesterday, the beauty industry joined with restaurants in suing Governor Newsom to compel the immediate and permanent reopening of our quintessential small and proven-safe businesses.

The vast majority of this industry is made-up of women-owned and operated establishments, including a huge percentage of first generation immigrants and those from the LGBT community.  10 months into these lockdowns, the State has failed to produce any “data and science” justifying the criminalization of the services of these state licensed professionals.

“Our small businesses, less financed and politically connected than multinational corporations, Hollywood and other so-called ‘essential businesses’, have become the go-to sacrificial lambs to the Covid gods”, stated PBFC Counsel and Advocate Fred Jones.  “This has been ruinous for thousands of our establishments and the livelihood of tens of thousands, without any justifiable basis,” he further stated.

Lead counsel and high-profile Los Angeles attorney Mark Geragos commented: “What has become obvious is that the Governor and so called health officials never followed ‘science or data’ on closing down outdoor dining or capricious lockdowns of safe barbershops and beauty salons. Instead of following the science they followed the Lobbyists and allowed film companies to utilize hairstylists and makeup artists, while preventing the same services to be done in salons by the very same trained professionals. By definition this is ‘unequal treatment under the law’.”

“Cutting hair is a criminal act in only one State in the Union,” reminded PBFC President, Ted Nelson.  “Governor Newsom is arbitrarily and needlessly destroying the livelihoods of state licensed professionals who have the formal education and training to keep their clientele safe from infections, as the CDC has acknowledged.  Shame on him!”, concluded Mr. Nelson.

You can read the lawsuit here: