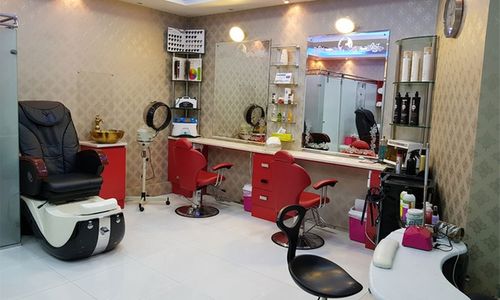 With this article, I’ve dedicated three columns to the topic of Booth Rental since the landmark California Supreme Court decision was issued this past April.  The reason I’ve spent so much ink on the Dynamex ruling is that I continue to receive frustrated correspondences from salon owners and stylists, alike, confused by its potentially far-reaching implications.

Recently, I declared the end of booth rental in California, likely a trend that will cascade across the fruited plains, eventually impacting most states.

Last month I took a small step back from that dire prediction in acknowledging the glacial speed by which state bureaucracies will adopt this court-ordered standard.  In June, I wrongly assumed that those California agencies in charge of distinguishing employees from independent contractors would immediately begin enforcing this new legal standard, given the clarity and ultimate authority of our Highest Court.

I inexplicably ignored my own, quarter-of-a-century experience in government, one that has been consistently marked by dumbfounded frustration with the slow-moving gears of bureaucracy.

But my September column ignored another potential player in the post-Dynamex landscape.  This influential if irksome force doesn’t have to wait for bureaucrats to act to capitalize on this new legal standard.  And they are justifiably more feared than roaming state auditors.

If you haven’t already guessed, I’m referring to the dreaded plaintiff’s bar.  In the interest of full disclosure, I used to be a trial attorney, myself, so it is with some irony that I overlooked this predictable variable in my prior two columns.

If a booth renter is hurt on the job or wants to seek some sort of labor law benefit (e.g., sick or family leave, unemployment, disability, etc.), the owner’s ability to assert an independent relationship to avoid such responsibilities has been significantly undermined in the post-Dynamex world.  Such aggrieved “booth renters” could retain counsel and sue the establishment owner, and our trial courts (referred to as County Superior Courts) will have no choice but to employ the sweeping Dynamex standard.

That’s because of a long-held practice of courts to follow prior decisions of other courts, developing what is referred to as “common law.”  The technical term taught to all law school students is stare decisis, by which judges are bound to follow the applicable precedents of higher courts.  In this instance, the Dynamex ruling is from our state’s highest court, and therefore all lower court judges throughout California are required to employ the “ABC test” when determining whether a worker was, in law or fact, an independent contractor or employee of the establishment.

So, notwithstanding the bureaucratic feet-dragging, hungry Golden State attorneys can immediately begin utilizing Dynamex on behalf of individual stylists or whole classes of them.  If that doesn’t send a chill down a booth rental establishment owner’s spine, they are beyond feelings or good sense.

As I explained in my prior summary analyses of the Dynamex decision, the California Supreme Court left no doubt their intention to take a meat-axe to businesses attempting to skirt employee/wage laws.  Defense claims of an independent, contractual relationship with individuals providing services that are directly related to that establishment’s type of business will likely fall on the deaf ears of those wearing black moo-moo dresses and holding the hammer of justice.

Given the rampant spread of the use of independent contractors nationwide, I also don’t think this new approach to agency/labor law will remain confined to coastal states.

However, if this realization inspires a salon to transition to an employee-based salon, that establishment owner should carefully consider his/her state’s labor laws.  In California, for example, our state policymakers have severely curtailed incentive pay approaches like commission wages, which I have previously written about.  Even blended commissions with a minimum hourly wage are now frowned upon.

The two exceptions to this general ban on incentive pay are AB 1513 “piece rate” wage calculations and SB 490 twice-minimum wage plus-commissions option.  As I have previously described in prior columns, the former is a paperwork nightmare, while the latter an economic impossibility for nearly all salons.

Any wonder why business owners consistently rate California as one of the worst states to do business?  And for better or worse, where California goes, so often goes the rest of the nation.  So these trends could spread in the coming years.

Having disturbed all salon owners reading my columns the past half-year, allow me to acknowledge the fact that our’s is an industry that is nimble and creative.  Who knows what innovative business approaches may be divined to skirt or altogether avoid these costly new legal mandates?

Some may turn to freelance permits (referred to in California as “personal service permits”) and eschew brick-and-mortar altogether; while others, working with labor law counsel, may devise profit/ownership sharing or productivity-pay schemes.  While each of the alternative approaches may come with their own economic and legal challenges, the beauty industry has proven flexible and resilient.

In the meantime, however, booth rental and employee-based salons have to raise their game by learning and conforming to the current legal standards, else they risk devastating lawsuits and eventually hard-nosed but equally costly government audits.

Part I: Is  The Era of Booth Rental Drawing to an End?

Fred Jones serves as Legal Counsel to the Professional Beauty Federation of California, a trade association singularly dedicated to raising the professionalism of the beauty industry.  To learn more about the PBFC and receive further details about the subjects contained in his column, go to www.beautyfederation.org.